THE CENTRE ON AFRICAN PUBLIC SPACES   /   About Us 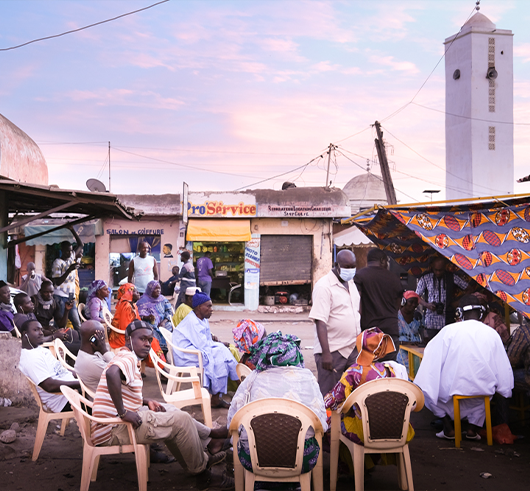 get to know us

The Centre on Africa Public Spaces is driven by the premise that public space should be centred as a vital part of making cities, societies and communities, as well as Africa’s developmental agenda, as the nature of space on the African continent is evolving due to growing levels of migration, rapid urbanization and climate change. For many African cities, these contemporary challenges are further layered and deeply inﬂected upon by many deep-rooted challenges developing out of an older colonial order of space and society.

There is a recognition of the current limitations of both the discourse and making of public space which is often considered too narrowly, delimited to spaces of relaxation and recreation, and which do not necessarily reflect the reality, diverse needs and priorities of urban residents. There is a need to address the thinking and making of public space in Africa, to make sense of systematic exclusions, complexities and interconnected ways in which public space impacts the life of urban residents.

The Centre on African Public Spaces 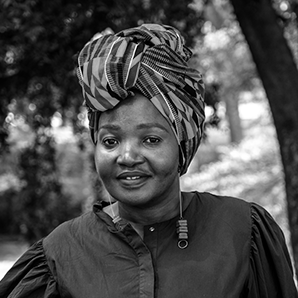 Ayanda Roji is a social scientist whose primary interest lies in how shared spaces can be designed, adapted and managed in ways that are meaningful to the people who use them. She is a strong advocate of innovative participatory planning practices that stimulate belonging and public ownership. Currently, much of her attention as the Head of Environmental Education and Research at the City of Johannesburg’s Parks and Zoo Department is on the implementation of the work of the Centre on African Public Spaces (CAPS). CAPS is a Pan African peer to peer learning and knowledge exchange hub focusing on public spaces. She is the convenor of CAPS, tasked with facilitating its programmes and strategic partnerships. Ayanda is a fellow of the Salzburg Global Seminar Emerging Urban Leaders Programme, an initiative that brings together future urban leaders who are looking to develop their ideas about urban parks as a critical component of quality cities of the future

She serves on the boards of the World Urban Parks Climate Change Committee, the International Making Cities Liveable Council and the Community Advice Offices South Africa. Ayanda holds a Master’s degree in Local and Regional Development from the Institute of Social Studies in  The Netherlands, an Honours degree in Development Studies from Rhodes University and a Bachelor of Arts degree in Communications from the University of Fort Hare. 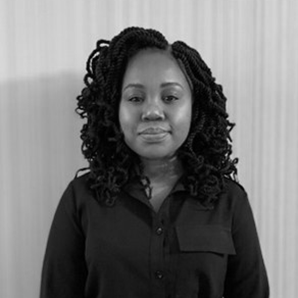 Manyedi Rakabe is the Co-convenor of CAPS and is working as the Planning and Facilitation Specialist at the Johannesburg Development Agency(JDA). Her role within the JDA’s Development Planning and Facilitation Department includes formulating the development of project plans for implementation support of the city’s development objectives. Her experience lies in both private and public sector where she has worked in both development planning and project management space. She has worked on several notable projects such as the Inner-City Spatial model where the City of Johannesburg has built its first ever digital twin model that which would help in decision making on areas of intervention. She holds a Batchelor of Technology in Town and Regional Planning and Masters’ degree in Operations Management from the University of Johannesburg with a research focus being on transport and smart cities. Manyedi is passionate about ideas, innovation and how we can use technology to solve design problems. She is currently furthering her studies in property development at the University of Cape Town.

History of the CAPS

There are several initiatives that gave impetus to the establishment of the Centre. The first is the Inner-City safe public space project that the City of Johannesburg implemented in the Doornfontein Inner-City neighbourhood, together with UN-Habitat Global Public Space Programme, the GIZ Inclusive Violence and Crime Prevention (VCP) Programme, and the local organization Sticky Situations.

The pilot project was aimed at transforming inner-city parks into safe and inclusive community spaces. The initiative highlighted issues that are fundamental in the development and management of public spaces. These range from integrated approaches to cross-sectoral planning, social programming (activation) to strong community participation and ownership. Another motivation for founding CAPS is rooted in African cities’ regional and international engagements including the 2018 Africities Summit, Marrakech, wherein the notion of public space and placemaking was discussed. In this event, the need for a regional peer-to peer-learning hub dedicated to public space, to share know-how, and expertise was highlighted to exchange knowledge and lessons on how best to combat the loss of public spaces among other issues.

The City of Johannesburg received support from UN-HABITAT, GIZ and Block by Block in 2020 to assist in developing and pursuing its programmes, as well as to assist in building networks of public space advocates, scholars, practitioners and other civil society stakeholders. This network also relates and overlaps closely to existing ‘placemaking’ networks (organisations, groups and people) and the participatory processes which generally define placemaking projects (e.g. people-led neighbourhood upgrading, co-management, activation, community-centered infrastructure development and services in their cities).

In January 2020, the Centre was formed through the organization of a workshop meeting held in Johannesburg which brought together twenty-four urban practitioners, public space enthusiasts, scholars and activists. The aim was to collectively develop a conceptual value of and role for a Pan African knowledge exchange platform on public space. Co-hosted with GIZ Inclusive Violence and Crime Prevention Programme and supported by UN-HABITAT Global Public Spaces Programme and Block by Block, a design thinking workshop was organized in February 2020 in Cape Town, which sought to further explore the co-production of knowledge and the role of communities in leading public space transformation in African cities.

The establishment of CAPS is key to the efforts aimed at achieving the New Urban Agenda, advancing the implementation of the Sustainable Development Goals (SDG). SDG 11.7 seeks to ensure by 2030, “universal access to safe, inclusive and accessible, green and public spaces”, while Aspiration 4 in the African Union’s Agenda 2063 calls for “safe and peaceful spaces for individuals, families and communities.” Since 2020, UN-HABITAT Global Public Spaces Programme, GIZ Inclusive Violence and Crime Prevention and Block by Block have been providing ongoing support and expertise to the City of Johannesburg in the establishment of Centre on African Public Spaces. 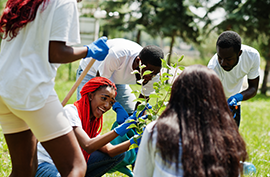 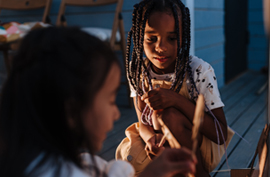 With the advent of climate change and other ecological, economic and social challenges on the African continent, the discourse on public space has become especially significant. How public space is imagined and shaped has implications for people’s ability to be resilient, for their capacity for livelihood generation, for economic development and for the very functioning of democracies. Public space can be a site of justice, empowerment, creativity and community-building.

Africa is the youngest and fastest-growing continent in the world. It is also the region experiencing the highest degree of urbanisation. Rethinking public space on the continent is an exercise in shaping a liveable, sustainable and just future for its people. Investment in African public space is an investment in the development and empowerment of African people and communities.

Vibrant, safe, inclusive, and accessible African cities with quality context-sensitive public spaces at the heart of their development.